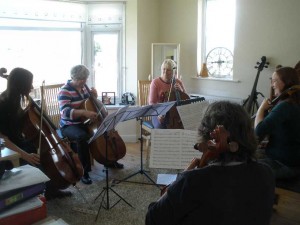 A few years ago I was teaching a number of adults the cello and whilst they were all developing well with their playing, for each of them it was an isolated activity and apart from their lessons with me they never played with or in front of anyone else. I thought back to when I was learning and remembered that the times I learnt the most were when I was playing with various orchestras and ensembles. So I asked my students if they would be interested in being in an ensemble and if I started a cello group for them all, would they come along. Despite initial nerves about playing in front of others, nearly all of them jumped at the chance and the cello group was formed. We meet about once a month and it has become a social event that everyone looks forward to. I arrange the music so I can taylor it to the abilities of each member of the group and they have even performed at a couple of informal concerts. Cello group has been of real benefit to all its members. They would all say it has improved their playing and has also become a social event they look forward to as well. Off of the back of that, a few of them also formed smaller ensembles, including duos and trios, and prepared pieces to perform in the concerts. 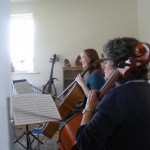 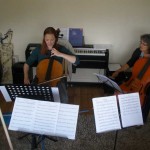 For the past two years I have organised an informal concert for my students to play in. These have been open to anyone who wishes to perform and have proved very popular. It has given those working for exams the chance to try out their pieces in front of an audience and given all of the students something to work towards. At the end of the concert there is a chance to meet each other and socialise and cake and refreshments are always a popular end to the evening. Despite the nerves, everyone says they enjoy the concerts and are keen to find out the date for the next one! 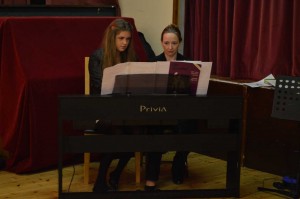